As part of our serie CTZAR Originals, we met Zombie Tears, the illustrator who draws feelings under the skin.

How would you describe your style ?

Zombie Tears: I have a very minimalist style, in my tattoos and in all the different mediums that I work on. I essentially always go for clear and very clean lines. I’m not at all into overcrowded things. This is really what defines me best and guides my graphic approach. I can interpret very figurative things,
a rose or like right now very esoteric things, but I will always be guided by this clean and precise line in order to achieve this very minimalist look.
I like the idea that what I do is not tattooed but drawn on the skin. I sometimes get this feedback, that my fine lines convey a different emotion, that somehow there is something delicate in these tattoos. 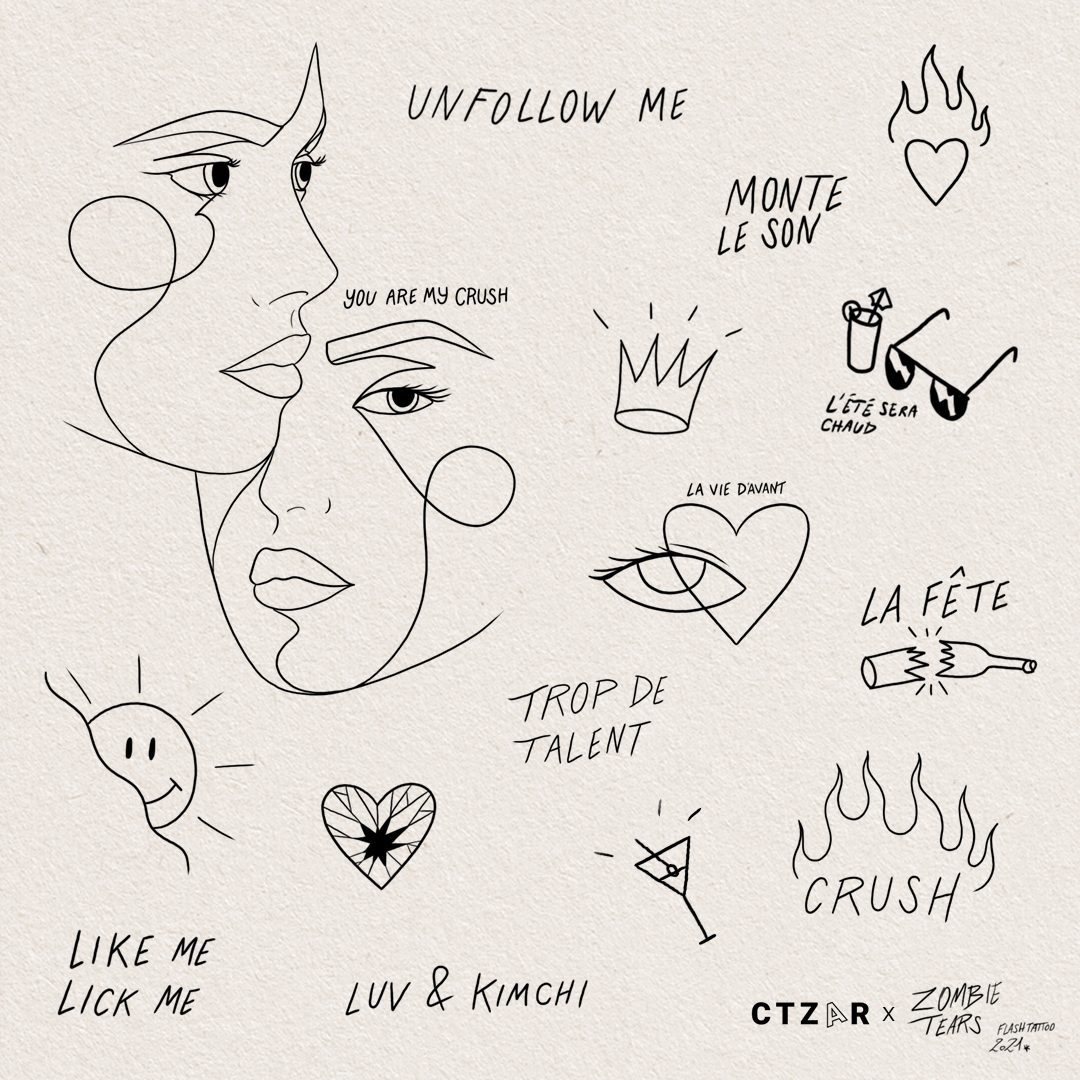 What are your inspirations ?

ZT: I often mention Matisse as a great source of inspiration for me. His blue period especially, towards the end of his life before he went into cut-outs. His work was really groundbreaking. He really brought a lot to contemporary art. Besides, he would have thrived in the period just after him. We could talk about Cocteau too. 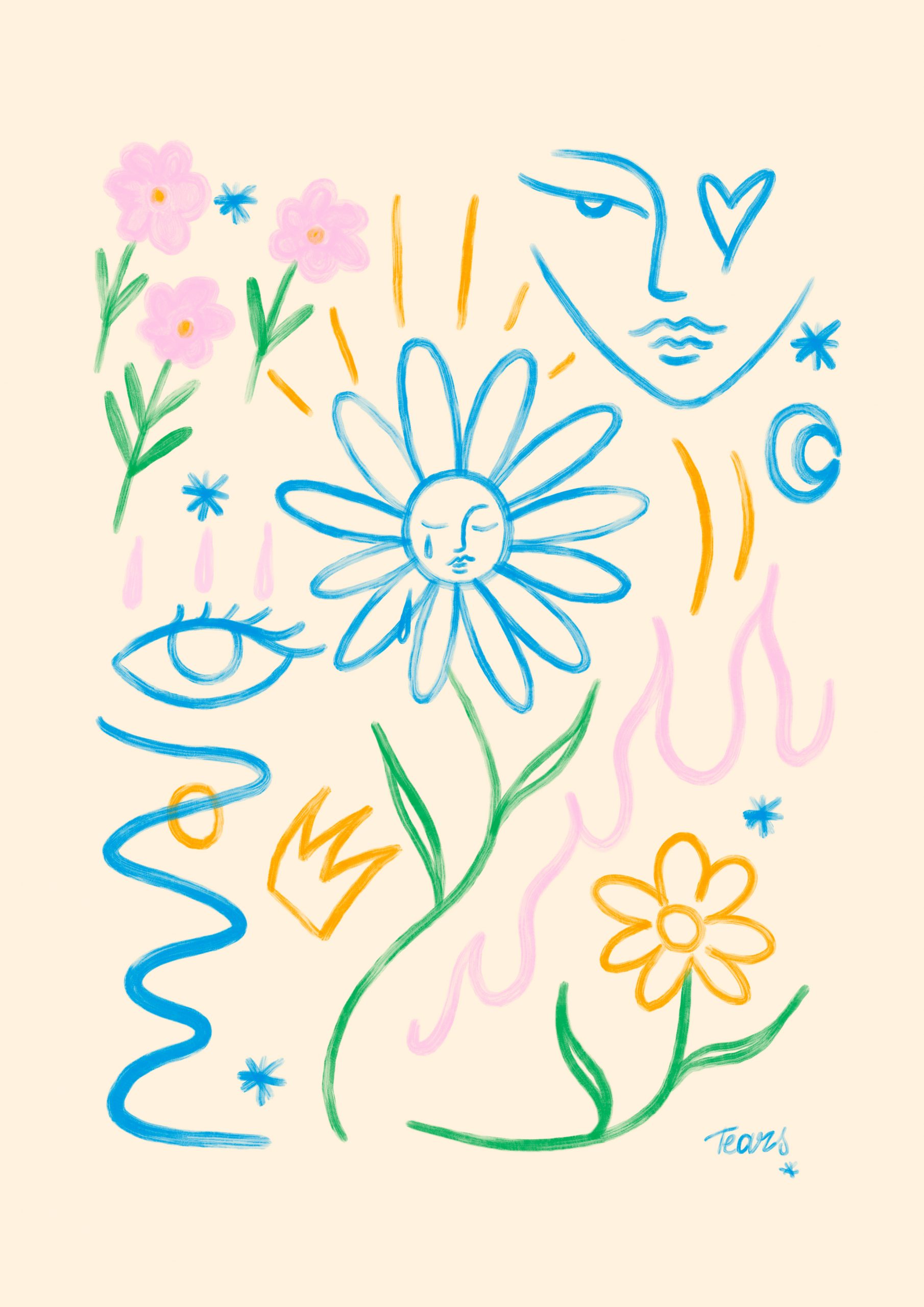 When did you start drawing?

ZT: It started very early. I was a kid, and very much into the manga and comic book culture. I used to draw Dragon Ball, Spiderman… It’s funny, not long ago I found a sketchbook from that time, it was all about that, and also about trying to draw my friends and family. I remember thinking it was awful at the time. Looking back now I find it very illustrative, naive and interesting.
The next step was when I discovered the skateboard culture. I really got a big kick out of Jim Phillips. There was also Tomi Ungerer who was doing illustrations for children who inspired me a lot. I was highly influenced by these skateboard brands like Town and Country which had a very figurative approach, with a lot of characters. That’s what we tried to do with Baca’s identity, with those slightly kawaii characters, but always done respecting our minimalist signature.
In fact, if I take a step back, at the beginning, I used to draw a lot, I used to do quite heavy pieces, that took me a lot of time. The older I get, the more I tend to simplify and refine my drawings. My work is more succinct but I’m more satisfied with it. Today a good drawing may have only four lines and few details but it gets right to the point and immediately conveys an emotion.

How did you get into tattooing ?

ZT: My circle of friends was already into it, I came to it later, maybe 3 or 4 years later. I wasn’t sure of my style yet and I felt a lot of pressure about tattooing someone. And several times, people from all over the world started sending me pictures of my designs that they had tattooed, like « look this is your artwork ». It was cool and at the same time very frustrating to know that other people were tattooing my illustrations, while I was still unsure whether I should go for it or not.
That’s when I bought my first machines. I practiced on myself first, and then came the first clients, the meetings with other tattoo artists and that was it. 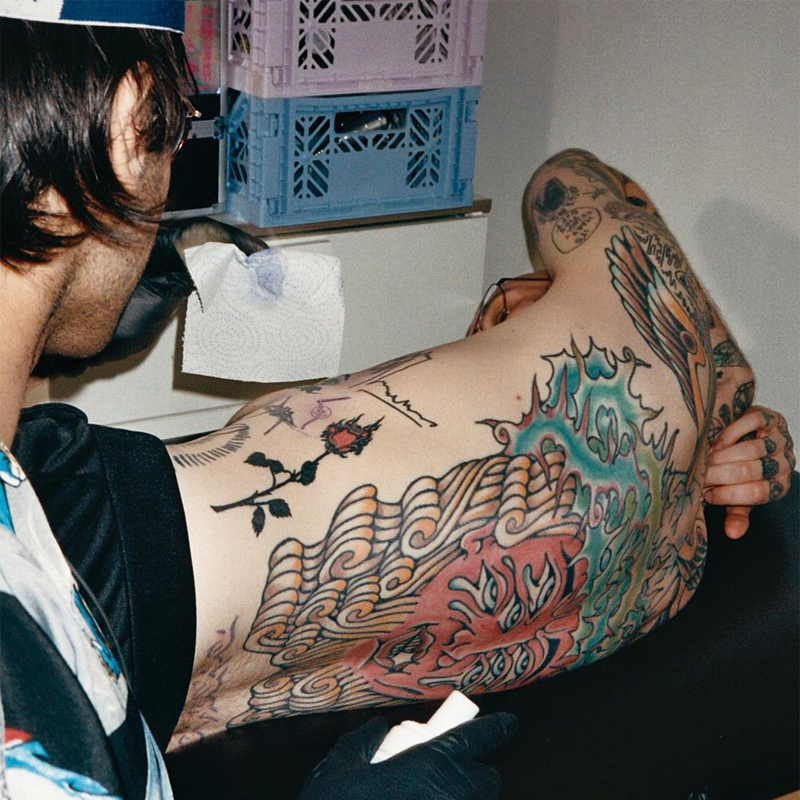 What does it mean to you to write on people's skin?

ZT: Skin is a really special canvas. For years I’ve drawn on paper. Making the transition to skin was really challenging. At the time, I spoke a lot about it with my community, which really encouraged me to take the leap. I’ve always talked to them about my choices, about my next steps, and I still do it a lot. Many of them have seen me evolve. They are really people I know, some have become friends. Their opinion is very important. As an artist I need to have their feedback, their
impressions, I need this interaction, I don’t do things only for myself. Just like with tattooing, something happens between the tattoo artist and the person being tattooed. When I was younger I was less into this. Art becomes really great when it is shared, when there is this interaction between the artist and the public. It’s a unique feeling when you create an authentic work, when someone recognizes himself in it, wears it on his body and is grateful for it.

You worked in an advertising agency, what did you get out of it ?

ZT: It has helped me a lot in my relationship with the people I tattoo and work with. I try to listen as much as possible, to create something authentic and unique, that will be a perfect match for the person. It has given me a lot of maturity about my graphic style and about my perspective on art, about what I do, about how to assert myself…
Today I am able to turn down projects if I feel that I am not going to thrive while doing them. I usually refer to someone else in these cases and people understand it very well. It’s important to be able to express yourself in each project and not to just mechanically execute. My approach is tailor-made, I put a lot of feelings into it and I hope that I also convey some a lot. That’s what people are looking for in my work.

How do people get to you?

ZT: Often they have spotted a design or a shape they like on my insta account, and we start talking about it. Sometimes we adapt it to their personality, sometimes they come with inspirations. At the beginning I made a lot of words, sentences with my typography, which was very intriguing for people. There are many people who have responded positively to these messages, which were much less figurative at this point. It can be jokes, personal sentences… People recognize themselves in it, it resonates with them, and helps them to remember a period, a moment in their life. Sometimes a tattoo is a new beginning, you put a lot of things into it. I like this idea that people can reclaim a thought and that we have helped them to express something that was inside them.

Has our relationship with the body changed this year?

ZT: I’ve noticed that people want to get tattoos even more these days. Maybe it’s because we don’t have much control over what’s going on around us anymore. Tattooing allows us to regain a form of control over our body, it’s one of the rare forms of freedom we have kept.

Let's talk about Baca, the brand you co-created with Pauline Laponey

ZT: Baca was born 7 years ago, the brand is already well established and now it has its own space. We wanted to have what we call an art place, it allows us to gather all the aspects of the brand and decline it in new forms. We have the gallery, the shop, the tattoo parlor, the photo studio, we do a lot of graphic design, we host residencies, artists… The brand exists in a lot of different fields today and that’s what’s so interesting about Baca.

You collaborate with many other artists ...

ZT: What we like about Zombie Tears and Baca is to be able to create bridges between artistic worlds. We’ve done a lot of collaborations with musicians for example. I did some artwork for Vladimir Cauchemar, an insta-filter for Rone, I tattooed Kungs… The brand lives and will continue to express itself through the encounters we can make and the interactions we can have with artists.

You made an exhibition with Yugnat999 "IRL Meme", why do you want to bring this digital culture in the "real" world ?

ZT: One day Tanguy launched a contest, send me your image and I’ll make a meme out of it, he took one of my illustrations, in exchange I tattooed him and that’s how we met. While we were talking, we thought that it would be interesting to bring the meme into the art world by creating a channel for this medium to come out of the internet, and be embodied in the physical world. The question was: how do we translate digital into physical?
From there we selected the memes that made us laugh and we turned them into illustrations, which resulted in a dozen pieces and some clothing, that we were able to present to the public during the exhibition. We got a great response, maybe one day there will be a second season of this project. 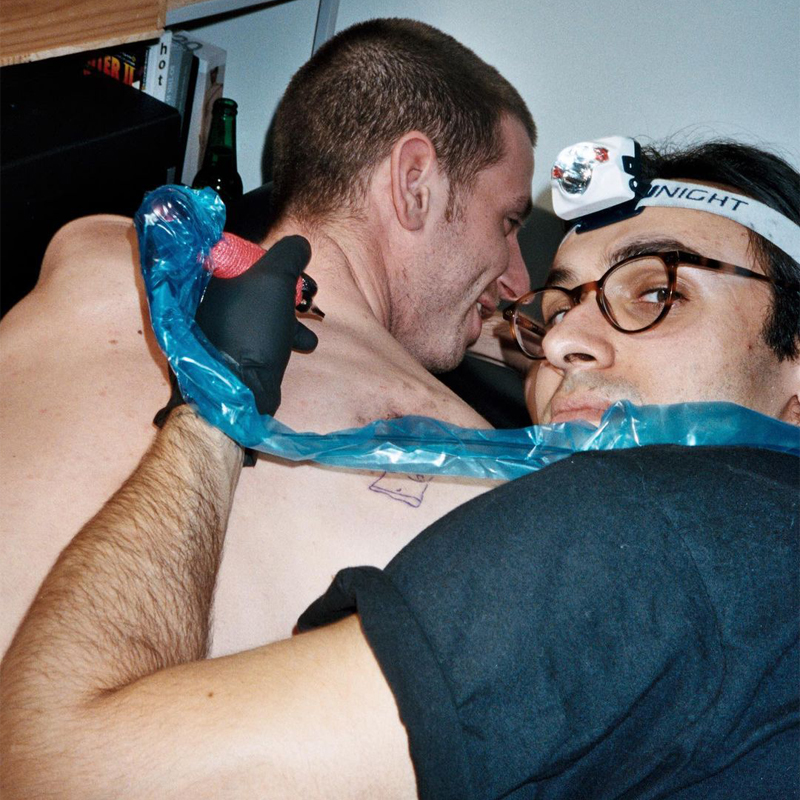 You have done a lot of A/R filters, what do you like about it?

ZT: I’ve been doing them for a long time. At first it was a lot of illustrations. The first one that worked well was the one for Yugnat999‘s insta certification. I like this format, it’s temporary, it’s digital. We have a lot of collaboration requests for it, we feel that brands want to use it. I would like to take it a step further, bring in some interactivity, maybe work it into clips…
What’s interesting for me is to convey an emotion and to create interaction between people. It must be about the experience rather than trying to embellish or transform faces. It’s a tool that must remain creative and playful.

Newsletter
Don't miss our last articles.
Subscribe to our newsletter!